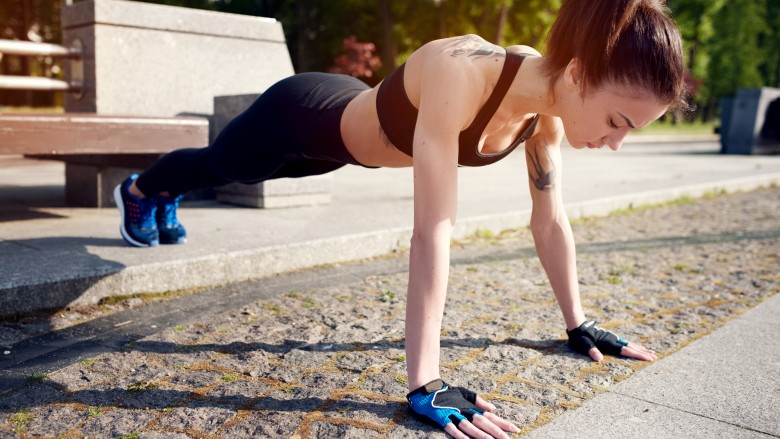 The Truth About HIIT

HIIT training stands for (high-intensity interval training), sessions last between 15-20mins of intense work with the original work to rest ratio set for HIIT training being a 2:1 as in 20-sec work to 10sec rest or 30sec work to 15-sec rest. HIIT training is highly effective for those with little time.

There are many forms of HIIT training one being Tabata training a popular regimen based on a 1996 study by Izumi Tabata uses 20 seconds of ultra-intense exercise (at an intensity of about 170% of VO2max followed by 10 seconds of rest, repeated continuously for 4 minutes (8 cycles). Tabata called this the IE1 protocol. In the original study, athletes using this method trained 4 times per week, plus another day of steady-state training, and obtained gains similar to a group of athletes who did steady-state (70% VO2max) training 5 times per week. The steady-state group had a higher VO2max at the end (from 52 to 57 ml/kg/min), but the Tabata group had started lower and gained more overall (from 48 to 55 ml/kg/min). Also, only the Tabata group had gained anaerobic capacity benefits.

HIIT training causes something called EPOC (Excess post-exercise oxygen consumption), In recovery, oxygen is used in the processes that restore the body to a resting state and adapt it to the exercise just performed. These include: hormone balancing, replenishment of fuel stores, cellular repair, innervation and anabolism. This all leads to higher metabolic activity for up to 36 hours after you have finished working out.

In another study, New Zealand researchers had competitive cyclists complete 4 weeks of HIIT training involving 30-second sprints on a stationary cycle separated by 30 seconds of rest. One group sprinted with high resistance on the pedals, making it harder to pedal, while the other group used a lighter resistance, which was easier to peddle. Both groups peddled as fast as they could during the 30-second sprints. They found that the men peddling at the highest resistance increased their testosterone levels by almost 100%, while the group peddling at a lighter resistance only increased test levels by about 60%. Since testosterone is critical for boosting muscle size and strength, this means that doing HIIT with greater resistance can aid muscle growth and strength.

A major issue with the idea of HIIT training is that most won’t have the base fitness to maintain a 170% of their VO2max over 8 rounds and some may not even be in an appropriate state to gain a positive overall physiological response from intense exercise in general. Exercise is a stress after all and if the body is in a leveraged position with regard to physiological stress already, further stress will only act to create negative adaptation. A good method to measure exercise tolerance directly is cardiorespiratory metabolic analysis or indirectly via heart rate variability. HRV can be monitored over the week of training and if it declines on average over the week, the training is too much for the body to handle.

That being said for those both in an appropriate physiological position to receive this type of exercise positively and fit enough to perform it, will have great results. The following will help you become accustomed to HIIT training

The suggested time of each phase is just that—suggested. If you need to spend more than two weeks at a particular phase before moving up, go for it. Same goes if a phase seems too easy and you want to jump right up to the next phase.

You can do these workouts using tools, such as a jump rope, or simply doing jumping jacks, or sprinting, or working on a stationary cycle. Use your imagination. Just follow the work-to-rest intervals as indicated.