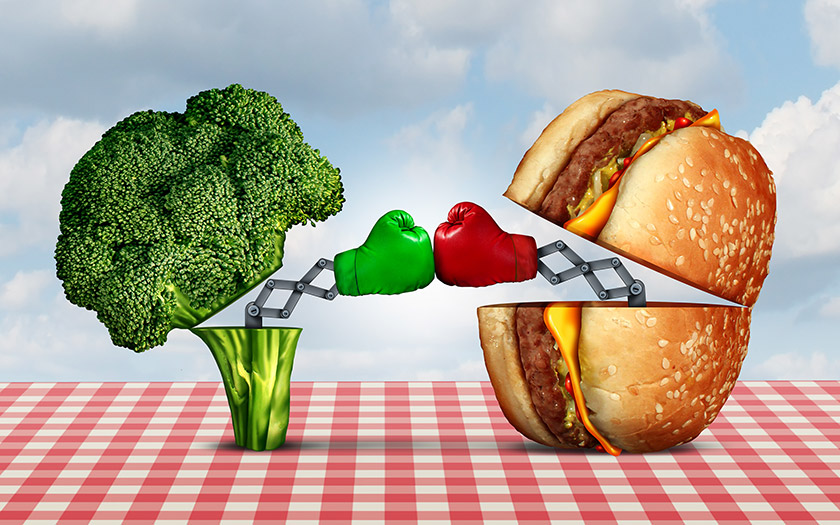 We all know that stress alters our choices in regard to food intake and while it is not important to understand the complex network of neurons involved, we may have better luck controlling these cravings with a small amount of knowledge on certain hormones that drive these responses.

As I’ve discussed in a few posts stress drives up cortisol which increases glucose levels in the blood and increases both insulin levels and temporary resistance in certain tissues.

Firstly, how stress can drive us to increase or decrease our intake in food based on changes in these hormones Secondly how glucocorticoids (GC) such as cortisol and insulin play key and intertwined roles on food intake types and drives.

Thirdly how the limbic stress network is involved in overriding the normal fail-safes or negative feedback loops in key stress hormone release, this causes chronic and high levels of stress markers. Finally, how sugar cravings are likely a way of restoring proper stress signalling to rebalance the body.

So, what do we do to get ourselves out of these chronic stress responses and beat those cravings? As high insulin seems to be a key driver of the need to consume comfort foods an important part is to first reduce blood glucose. Wean your self off comfort foods with high amounts of fruit and vegetables first and keep your protein intake to at least 1.2g per kg of body weight. Once blood glucose drops insulin and cortisol will also drop at this point you can start adding some highly fibrous carbs mainly at lunch or after exercise. It will be useful to incorporate some time on low carb high-fat diets at times to continue to push down blood glucose and to boost dopamine.

What if you have the opposite problem that you are just never hungry due to stress? In this case, we see that chronically high insulin in the brain is reducing feeding behaviours and altering dopamine synthesis. Here we will see high-fat diets with a side of berries help the most, as the fat will help reduce insulin load on the cells while the phytonutrients from the berries will prevent sharp rises in blood sugar the energy drawn from them will be fast and help balance energy stores to improve dopamine signalling as shown in the notes below. Greens and proteins can also be a part of this diet but as anyone that doesn’t want to eat will know they may be harder to get down at the start.

Below I have made a few keynotes I’ve taken from a research paper and linked the paper below them if you're interested in reading more.

• Increased GC drives an increase in low fat/sugar type foods whereas an increase in GC and insulin drives an increase in high fat/sugar foods • Excess insulin in the brain reduces dopamine levels, as well as feeding drives • Sugar, restores proper signalling in the brain related stress response due to its fast-acting effects on energy creation by restoring catecholamine synthesis (dopamine). This suggests an energy store sensitive control mechanism for proper neural stress responses • Comfort foods have been shown to reduce two key stress markers in the brain CRF & A&TH • GC appear to intensify emotion and motivation • CRF causes GC release that in turn cause CRF release in the amygdala and other limbic structures. This effects monoaminergic neurons which are responsible for alerting the brain and motivational behaviours. • This increases their amine synthesis and secretion; the resulting activation of the limbic stress response network renews the HPA activation and inhibits GC inhibitory effects on hypothalamic CRF. This maintains stress levels and inhibits its natural negative feedback mechanism (fail safe).